I have been practicing meditation for over thirty years. Sadly I am not entirely "enlightened" yet, however, I can vouch for the efficacy of this subtle yet profound practice.

I first learned to meditate with the Friends of the Western Buddhist order (now the Triratna Buddhist Order) in the early 1980s and attended several retreats during that time. A few years later I spent some time on retreat in Thailand and stayed at Wat Suan Mokkh where I was taught by Ajahn Po and attended talks by Ajahn Buddhadasa. Buddhadasa was a venerable monk who was instrumental in reintroducing the Thai “forest tradition” of practice into main stream Buddhism.

Since then I have been a regular visitor to Amaravati in Hertfordshire, a traditional Thai monastery where, until recently Ajahn Sumedho was abbot. The monks and nuns have a profound understanding of meditation and mindfulness and are always inspirational. They are guided by the teachings of another master of the Thai forest tradition, the Venerable Ajahn Chah.

In 2014 I participated in an 8 week MBSR (Mindfulness Based Stress Reduction) course led by Susann Hermann at London Meditation. Susann trained with Jon Kabatt-Zinn the creator of MBSR in the US.

I continue to attend retreats, seminars and workshops including seminars at the London Mindful Practitioners Group, Master Classes at The Oxford Mindfulness Centre and retreats at Amaravati. These include: a masterclass on group work with Trish Bartley (2014), five day retreats with Ajahn Anando at Amaravati.(2014) and Martin Evans & Annmarie McKay (2016) and attending the Mindfulness Symposium at the Wellcome Trust (2016)

I maintain my own regular practice of meditation and mindfulness. I have regular supervision, for our MBSR courses, and adhere to the UK Network for Mindfulness Teachers - Good Practice Guidelines. I now base my own teaching on this secular approach. I met Laura Madeley in 2014 and felt immediately that we could work well together, pooling our complimentary experience to teach high quality MBSR courses. We set up MITC together in 2014.

It was whilst working at the charity Arthritis Care, in 2007, that I took the step of sharing some of the meditation techniques I had learned with a group of staff. We met weekly at lunchtimes in the boardroom. The experience was satisfying for me and found useful, or so I was told, by my colleagues that came along. Nine  years on I know of at least two of the group who have carried on using what they learned during those lunchtime sessions.

This was followed by teaching workshops to staff at Cancer Research and at The National Autistic Society in 2012-13. This included sessions with the NAS Helpline Team members. I also run a rolling programme of lunchtime sessions for NAS staff. 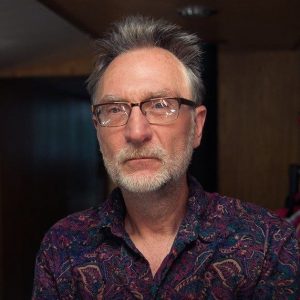