I first learnt to meditate at East London Buddhist Centre in 2008, which rekindled an interest in Mind Body philosophy, and Yoga, which first began while travelling in Indonesia and South East Asia in the 1990s. I have continued my meditation practice since, and have attended retreats at Vajrasana in Suffolk, and Trigonos, North Wales.

I work as a Clinical Psychologist in the the NHS. I qualified at University College London in 2008, and have worked across a range of mental and physical health services in London. I first used mindfulness-based approaches while working in Camden & Islington NHS Trust in 2009, and completed Mindfulness Based Stress Reduction (MBSR) teacher training on a retreat at Trigonos in November 2014.

My interest in mindfulness also relates to a longstanding interest in neuroscience. I have a PhD in fMRI of memory function and an MSc in Clinical Neuropsychology and am currently developing mindfulness-based interventions for people with neurological conditions including Multiple Sclerosis, Epilepsy, Stroke, and Dementia, and completing research in applications of MBSR in neurorehabilitation. Alongside work in rehabilitation, I am completing an NHS Leadership Academy programme, and am interested in use of Mindfulness-based approaches for managing stress, and building resilience in healthcare staff.

Mindfulness and meditation led me to complete my 200hr yoga teacher training in 2013, and I have taught on yoga holidays in Dahab, Egypt. I am interested in the relationship between yoga and mental health. I continue to meditate, and directly or indirectly it has shaped and sustained interests in scuba diving and freediving, drawing, and creative writing.

I first met Bob at the London Buddhist Centre, and later at Trigonos in November 2014. The plan to work together to co-facilitate MBSR courses was hatched in the library over a week of tea drinking, walks, talks and silence.

Note: Laura retains her association with MITC but is not currently available for teaching or consultancy via MITC 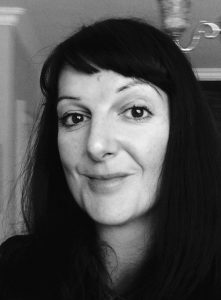